Just a heads up, this post is not about ethnic food as such, but about Low Fod Map Food at Sezamee. The owner of Sezamee is from Turkey, so there is the ethnic angle if you want. The owner is also a friend of mine, and a little bit of blog support is never a bad thing, right?

So what is Low FODMAP food, you ask?

FODMAP stands for Fermentable oligosaccharides, disaccharides, monosaccharides and polyols. In other words, they are a collection of short chain carbohydrates and sugar alcohols found in foods naturally or as food additives. So think fructose, fructans, galacto-oligosaccharides, lactose and polyols like sorbitol and mannitol. 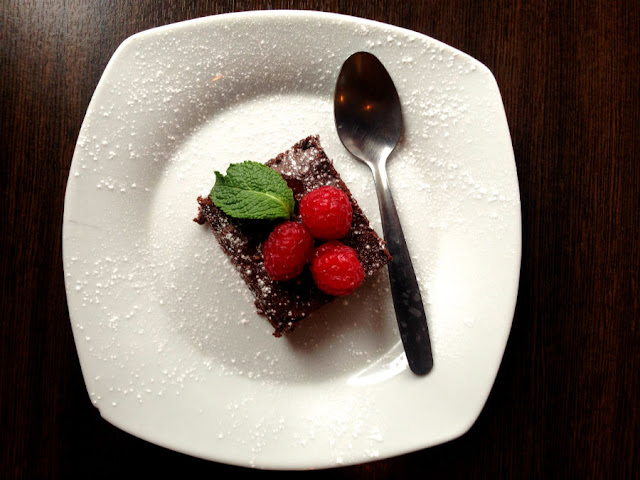 If that is still too techy for you, then think of them as short carbohydrate chains that are sometimes difficult to absorb by our digestive system. Meaning, that if you have irritable bowel syndrome, those FODMAPS will cause problems when you eat them. So this is where the low FODMAP diets come in.

My friend Huelya suffers from IBS and came up with the brilliant idea of starting her own pop-up restaurant here in London after having given up on eating out.

Yesterday was opening day and I headed to Gran Sasso at King's Cross, Sezamee's home for the time being.

Not being an IBS sufferer myself, I wasn't sure what to expect.

The menu was simple and gave two options for the starters and mains. 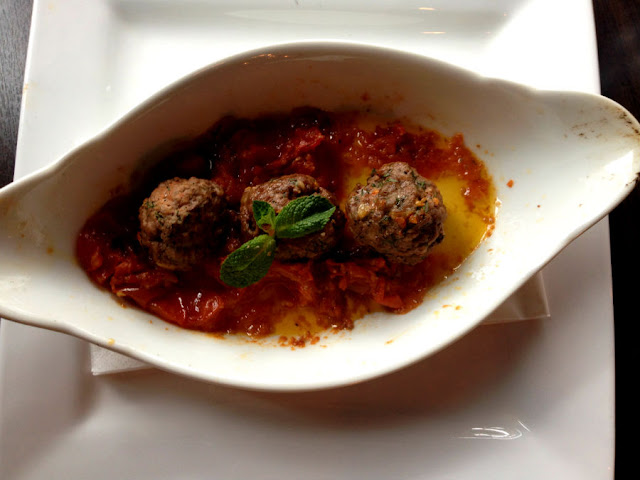 I started my meal with the walnut meatballs with a baked cherry vine tomato sauce which was to die for.

I had a little taster of the other starter option which tasted even better. They were potato and carrot fritters in a minty sauce.

My main was a tasty pan fried sea bass topped with a lemon caper dressing flanked by roasted almonds on a bed of spinach. I loved the caper dressing and could've done with some more. 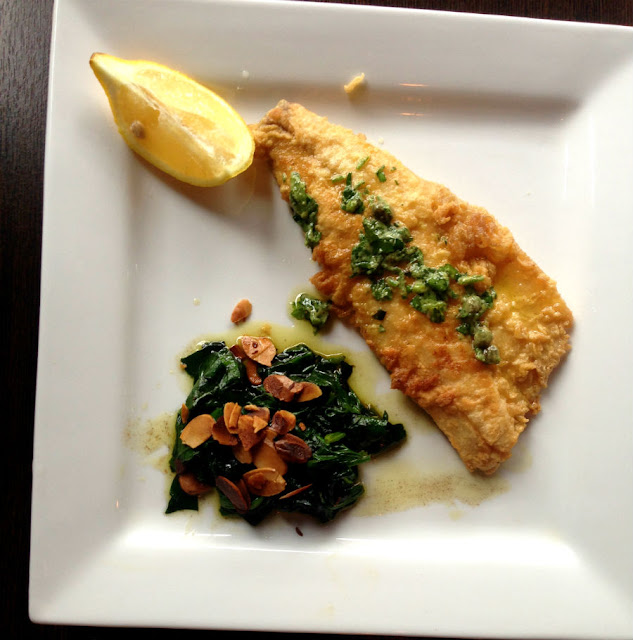 Dessert was a chocolate, gluten free brownie, which was so good I ended up having two.

Drinks was buy your own and offered by the restaurant at a very reasonable price.

I know I am a little bit biased, but I really like Sezamee's food and even if you're not suffering from any digestive problems, I think it makes for a healthy and light Sunday lunch.