The Spanish are not the only ones to do tapas. It so happens that Indian cuisine offers little sharing platters as well, except they're called chaats. This weekend I tried some of these Indian style tapas at Cinnamon Bazaar in Covent Garden. 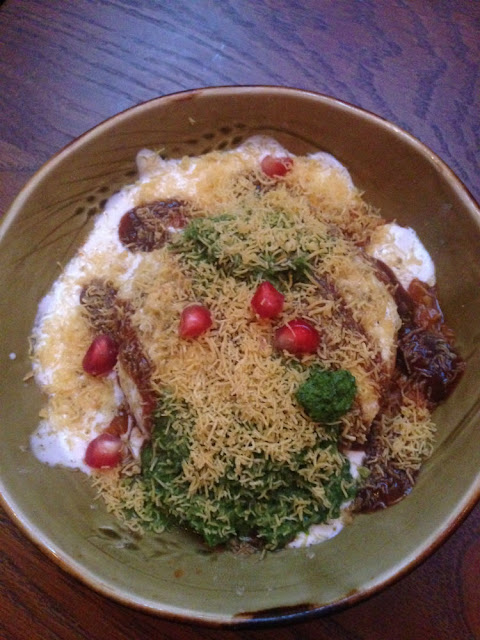 Cinnamon Bazaar is tucked away in a little corner on Maiden Lane. It actually is the same spot where Pacific used to be; a Tex-Mex restaurant that did sizzling fajitas. However, the tortillas have made room for naan bread and the margaritas for lassi.

The food at Cinnamon Bazaar is inspired by street food that market traders used to snack on when they felt a bit peckish during their long shifts manning their stalls. I think the Cinnamon Bazaar people were trying to work the bazaar theme into the decor as well with the bright red streamers on the ceiling.

Choosing food wasn't easy, simply because everything on the menu sounded so good. After a lot of oohing and aahing, we ended up picking the dahi Balla Chaat which was a lentil dumpling doused in a yoghurt dressing and sprinkled with toasted cumin. 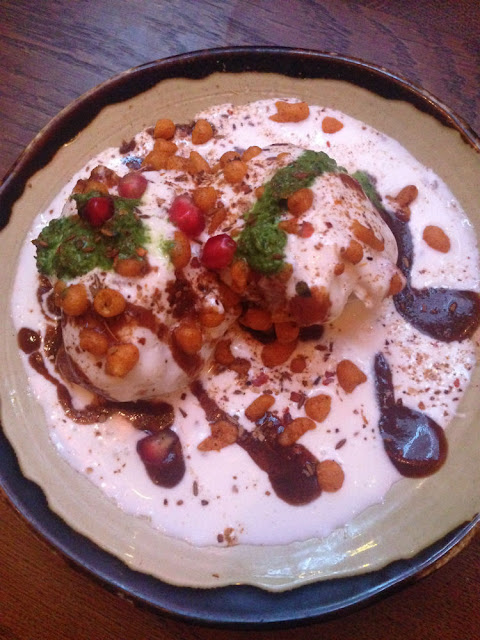 We also had a Jodhpuri Kachori Chaat which was an onion dumpling with a medley of different chutneys. 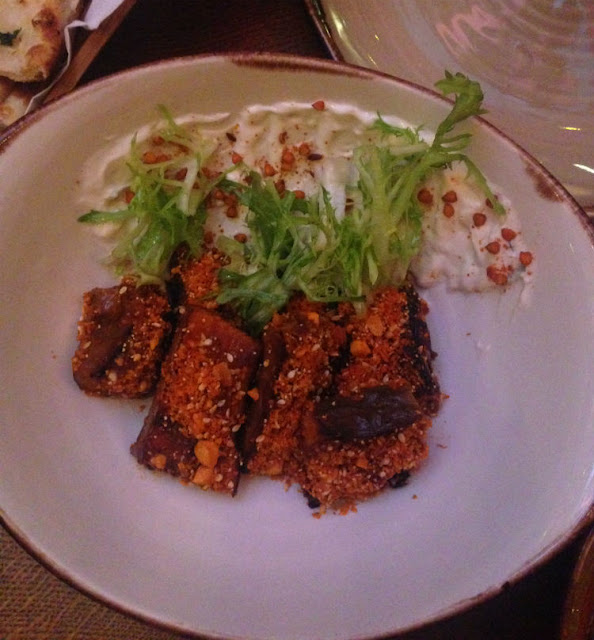 From the list of the bigger plates we opted the Lahore style chicken legs with pickled root veggies. And the grilled aubergine with peanut crumble and toasted buckwheat. We added two sides of black daal and garlic and regular naan bread.

Those little plates turned out to be enormously filling, and we didn't manage to finish the food between the two of us. I thoroughly enjoyed the Indian food at Cinnamon Bazaar, but when you do decide to go there yourself, come hungry rather than peckish.
Email ThisBlogThis!Share to TwitterShare to FacebookShare to Pinterest