When I told people, I was going on holidays to Iran, I got not just a few, but many a raised eyebrow. Are you crazy? Is it safe? Why in the world are you going there? Were only a few of the questions that were thrown at me. Iran gets a bad rep however, travelling to this amazing country was an incredible experience. Not to mention, not scary at all. 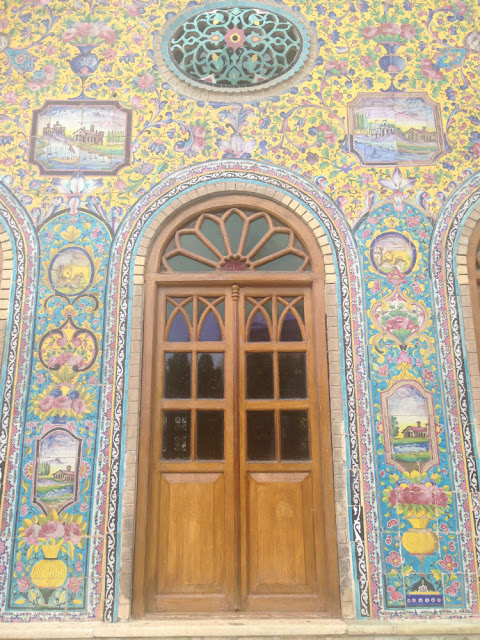 Being used to travelling solo, I wasn’t confident about doing this to Iran, so I went with a group tour run by a Dutch company called Djoser. It took a bit of getting used to, and in hindsight it would’ve been perfectly fine to travel solo as a woman. Sure, as a woman you need to dress appropriately, including a headscarf and bum covering shirts, but I felt safer than I do here in London walking around the streets of cities like Esfahan and Shiraz by myself. Even in the evenings. So, what was so special? 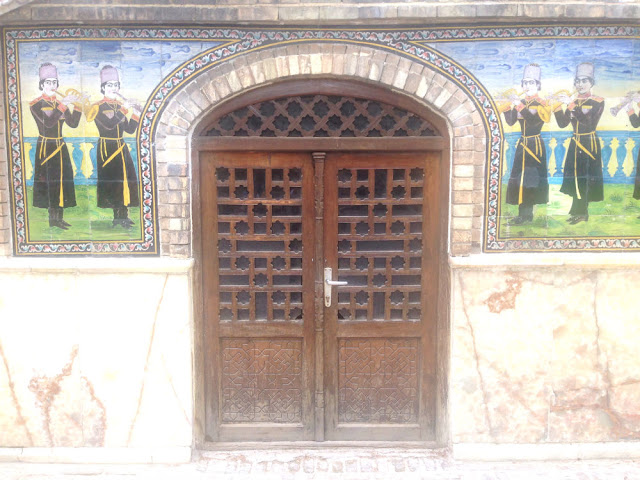 Well, first of all, the people.


Never ever have I met such friendly and welcoming people. At first you might feel a bit intimidated by the black chador wearing women, but Iranians are incredibly open and outgoing. Everywhere I went, people would randomly blurt out ‘Welcome to Iran’ when passing me in the streets or strike up a conversation. 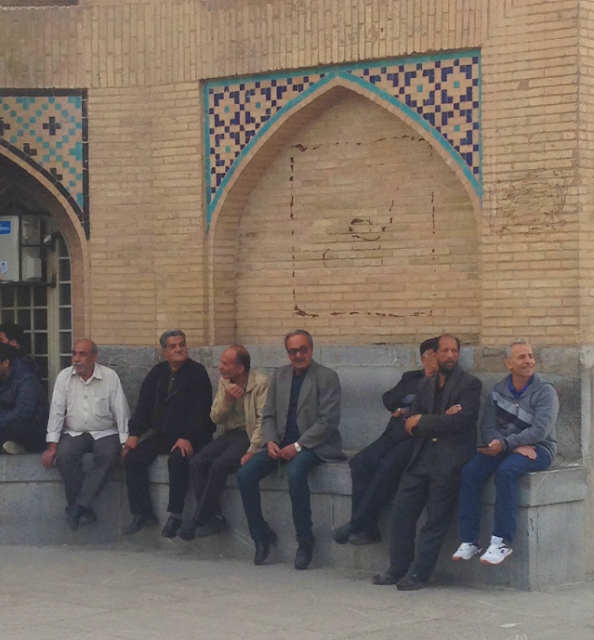 I was asked to practice English with a young boy, to have my picture taken with random strangers and was offered help when I looked a bit lost in one of the mosques. In shops I was invited to sit down for tea and even lunch without feeling pressured to buy anything. Dining at restaurants, no request was met with a grumpy response. When talking to local people, you I felt how grateful they are that visitors are coming to their country to see that Iranians are just regular people too. 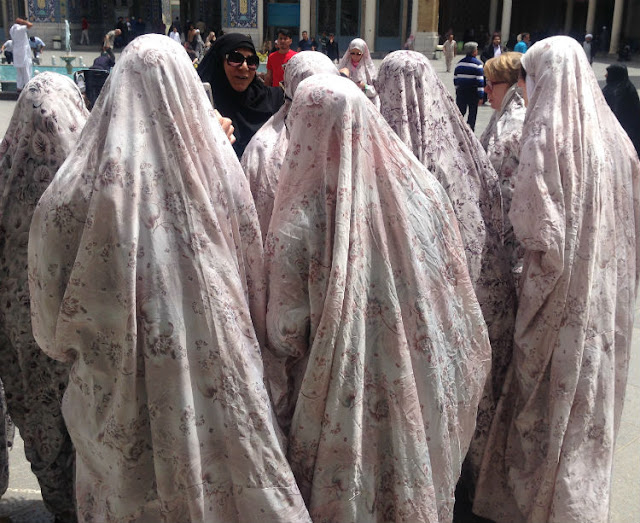 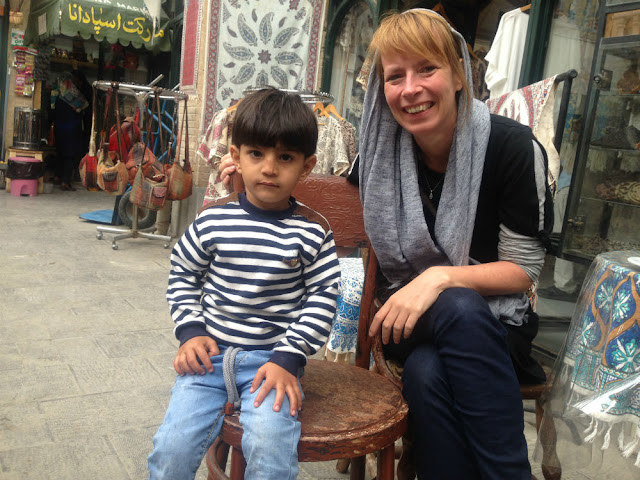 Then there was the food.


Most of the food was ordered for us by our local guide, which gave us the chance taste a variety of local dishes and delicatessen. We had leg of lamb with Zereshk polo which is rice with barberries. Fesenjan which is made from walnuts, pomegranate paste and eaten with meat like chicken or duck. Then there was bademjan, which is an eggplant and tomato stew lots of kebabs made of with different types of meat. The best was the bowl of saffron ice-cream with pistachio nuts. 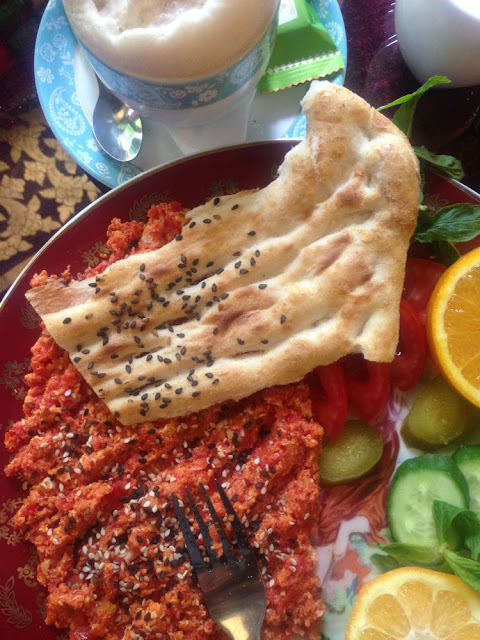 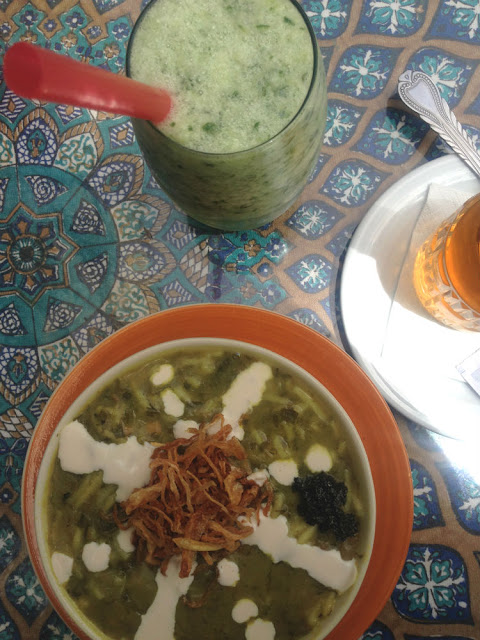 The history and sights


While most people probably not expect much to see in Iran in terms of sights and places of interest, the opposite is true. Iran has a very rich history, and this shows in archaeological sites such as the humbling necropolis and rock carvings at Naqsh-e Rustam, the ceremonial capital Persepolis from the Achaemenid Empire some 500 years before Christ, and the tomb of King Cyrus the Great. 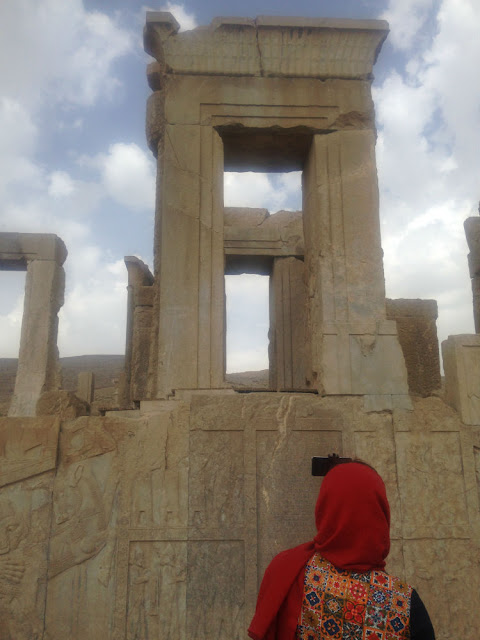 The many gloriously decorated palaces like Chehel Sotoun and Ali Qapu in Esfahan, the Qajari Golestan Palace with its colourful tiling and the ostentatious Green Palace with its blinding mirror mosaics in Tehran. The elaborate villas like the Abbasi House in Kashan housing a mirrored ceiling that is reminiscent of a starry night. And the Manteghi Nezhad Historical House in Shiraz with its hand carved wooden columns and colourful wall mosaics. 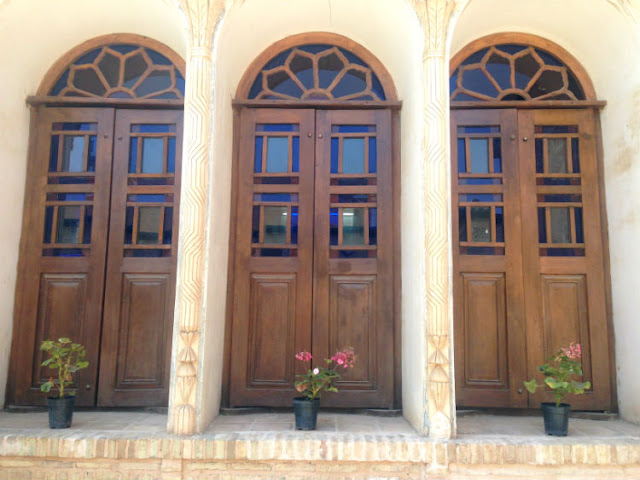 The mosques are no less beautiful with their glistening golden domes, iridescent stained glass windows and cheerfully coloured tiling. I wandered around the Nasirolmolk Mosque in the morning when the sunlight falling through the coloured windows in the prayer room is reflected onto the floor. Creating a mesmerising mosaic of light. I visited the Jameh mosque in Esfahan with its towering Iwans or domes that are decorated with elaborate and delicate mosaics. 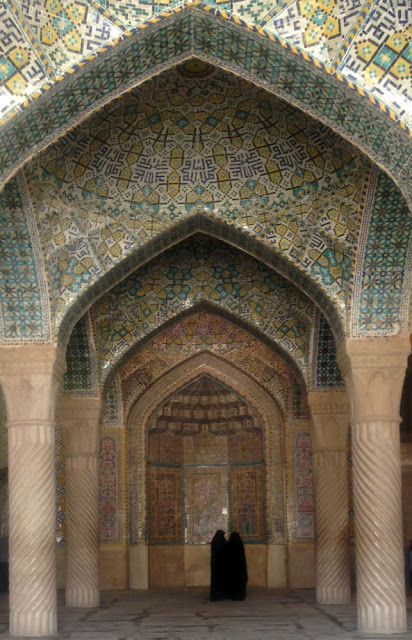 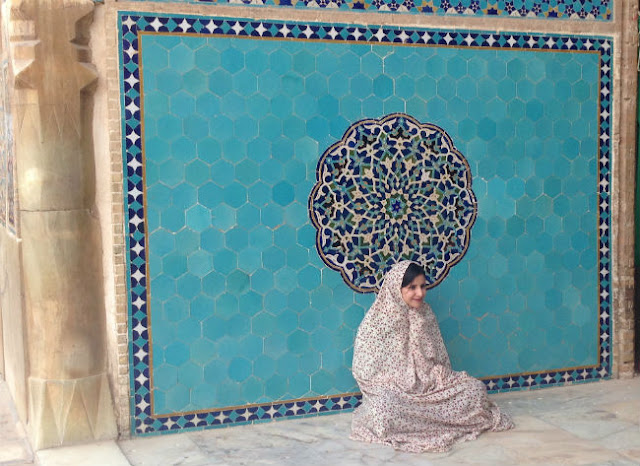 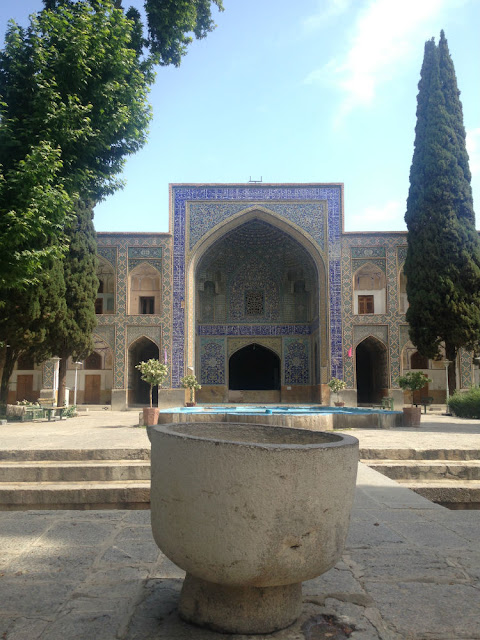 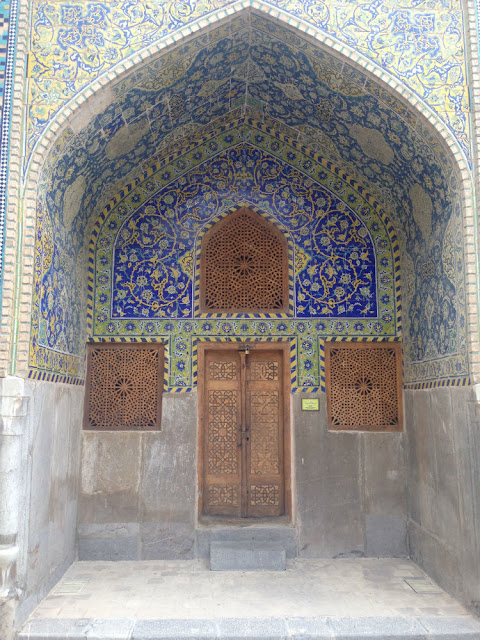 The above is only a handful of things I visited in the mere week I was there. This country has so much to offer that it is definitely worth staying longer than that. If I get the chance, I will be back again some day. 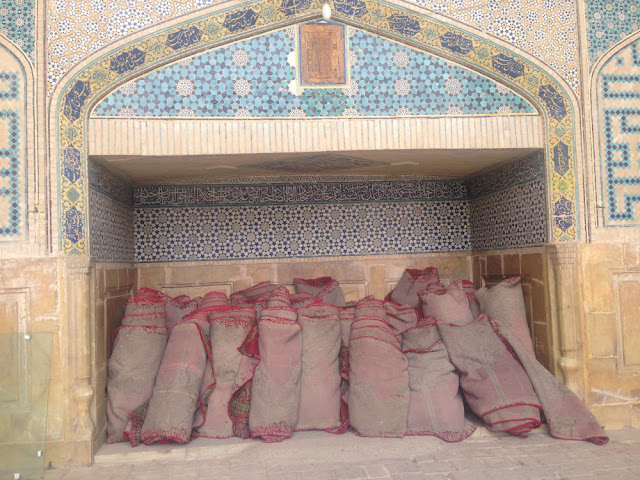