The reason I wanted to go to Taipei was pretty much because I'd been to many of the larger South-Eastern cities, except Taipei. And because I always feel very at ease in SE Asian cities, a trip to Taipei seemed like the right thing to do. 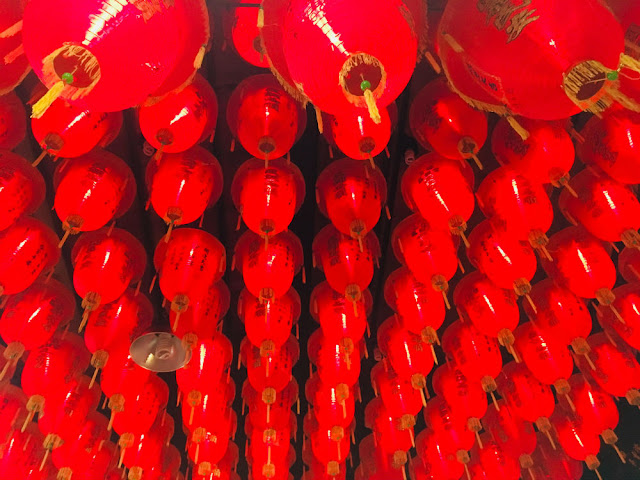 I was expecting the capital of Taiwan to be just as much of a sensory overload as Seoul and Tokyo, but it turned out to  be a bit more sedate. Especially so on our first night when we were looking for a place to have a nightcap and all we found were dark and deserted streets and coffee shops that were shut for the night. We did conclude that having a foot massage at 11pm on a Saturday night was probably the Taiwanese equivalent of the British having a pint at the local pub. 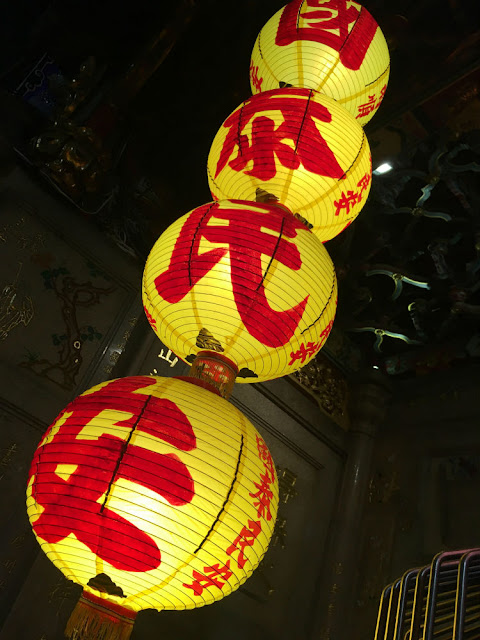 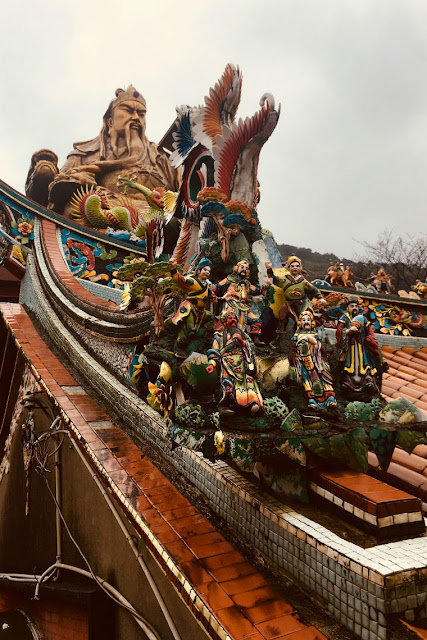 So what this city is lacking in bars and pubs, it's definitely making up for it when it comes to night markets and temples. Every night of the entire week we were in Taipei, we visited a different neighbourhood with its local night market and were tempted by lots of local dishes sold in its stalls.
Our favourite markets were the ones near Longshan Temple, called Meng Xia and Xin Fu Markets, just because it was far less touristy and crowded than the Shillin Market that's listed a a 'must-see' in the tourist guides. 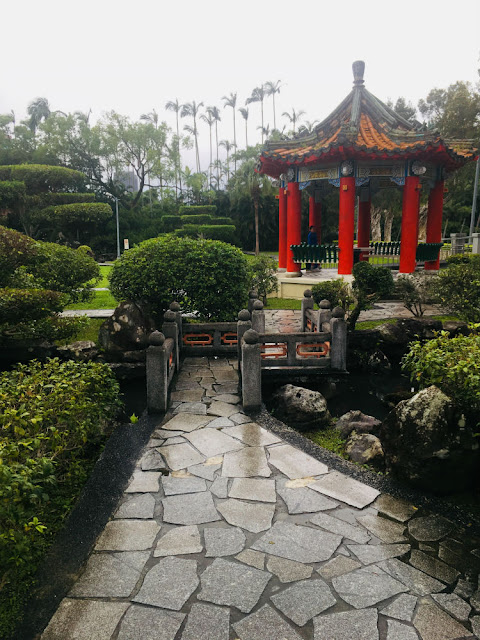 Then the temples. There are loads of them. You turn 1 corner of a street and voila there's a temple. The weird thing is, that it didn't make us feel templed out at all, as every one of them has something unique. 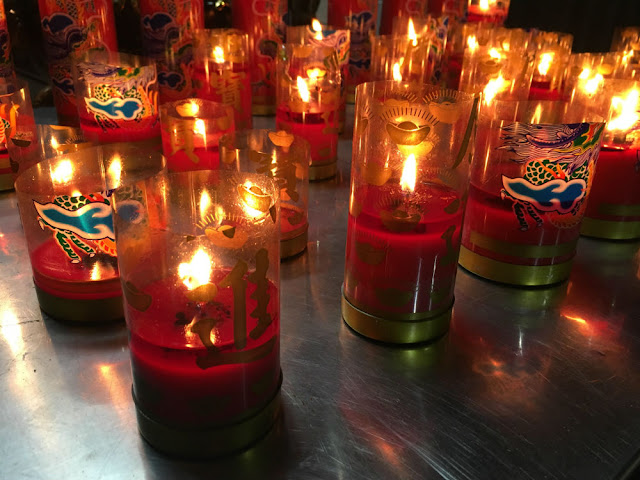 Longshan with its elaborate dragon decorations is the 'must see' temple according to those same guide books, which it admittedly was. The UNESCO listed Baoan temple with its stone carvings is also worth a look and it's right next door to the simpler looking Confuscius Temple which we sadly had to miss out on as it was closed on the day we were there. 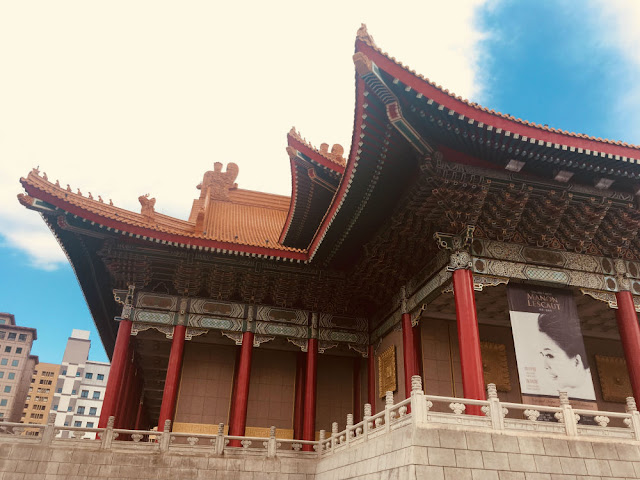 And then there were the numerous smaller, neighbourhood temples we just happened upon when we were wandering aimlessly through the streets. Lovely and peaceful as they were, who would even be wanting to swap these for a pint at the local pub. 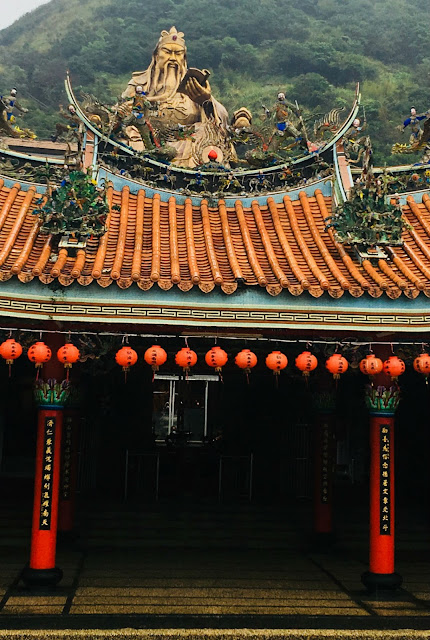